Golden milk is like the Indian version of chicken soup. It’s a super-spicy, creamy, comforting, and nutritious beverage that has been ingrained in the culture of many East Asian cultures for centuries.

It’s so popular in India that you can find Golden Milk cafes. They specialize in selling this unique drink and have gained popularity in recent years with its massive health benefits.

If you’re unfamiliar with the word “Golden,” it refers to turmeric—a spice commonly used in Indian cuisine. And as you probably guessed from its name, it has a bright yellow color, similar to gold!

Golden milk is made with turmeric root and various spices like cinnamon, ginger, nutmeg, cardamom, and black pepper. Traditionally, it is served warm and with rice or milk. Nowadays, you can find Golden milk at many cafes. It’s usually served chilled, with fresh ingredients like coconut, vanilla, and fresh herbs to add extra flavor and creaminess.

How is it made?

The traditional way to make Golden Milk is to start with good quality turmeric. Selecting high-quality turmeric is essential because it will make or break your final product. Next, you’ll want to add the spices that give it that signature kick.

Common herbs used in Golden Milk include cinnamon, ginger, nutmeg, cardamom, and black pepper. You can also add a pinch of salt if you’d like.

When everything is all mixed together, you’ll need to bring the mixture to a boil, and then simmer for about 10 minutes. You can then drink it like that or add it to a base of milk, rice, or even water.

In many parts of India, people enjoy it with rice and yogurt.‍

The benefits of drinking Golden Milk are extraordinary. Turmeric—the main ingredient in Golden Milk—contains curcumin, which has been proven to fight inflammation. It is also a natural anti-inflammatory which means it can help ease pain and soothe irritated joints and muscles.

Numerous studies show how effective turmeric is in treating arthritis, psoriasis, and diabetes. The antioxidants in turmeric may also protect you from getting sick, as they may prevent you from catching a common cold.

Another benefit of the golden milk recipe is that it has been shown to improve brain function, help with weight loss, and even promote better sleep. In fact, many people enjoy it as a pre-bedtime drink because it contains soothing ingredients that can help you fall asleep. 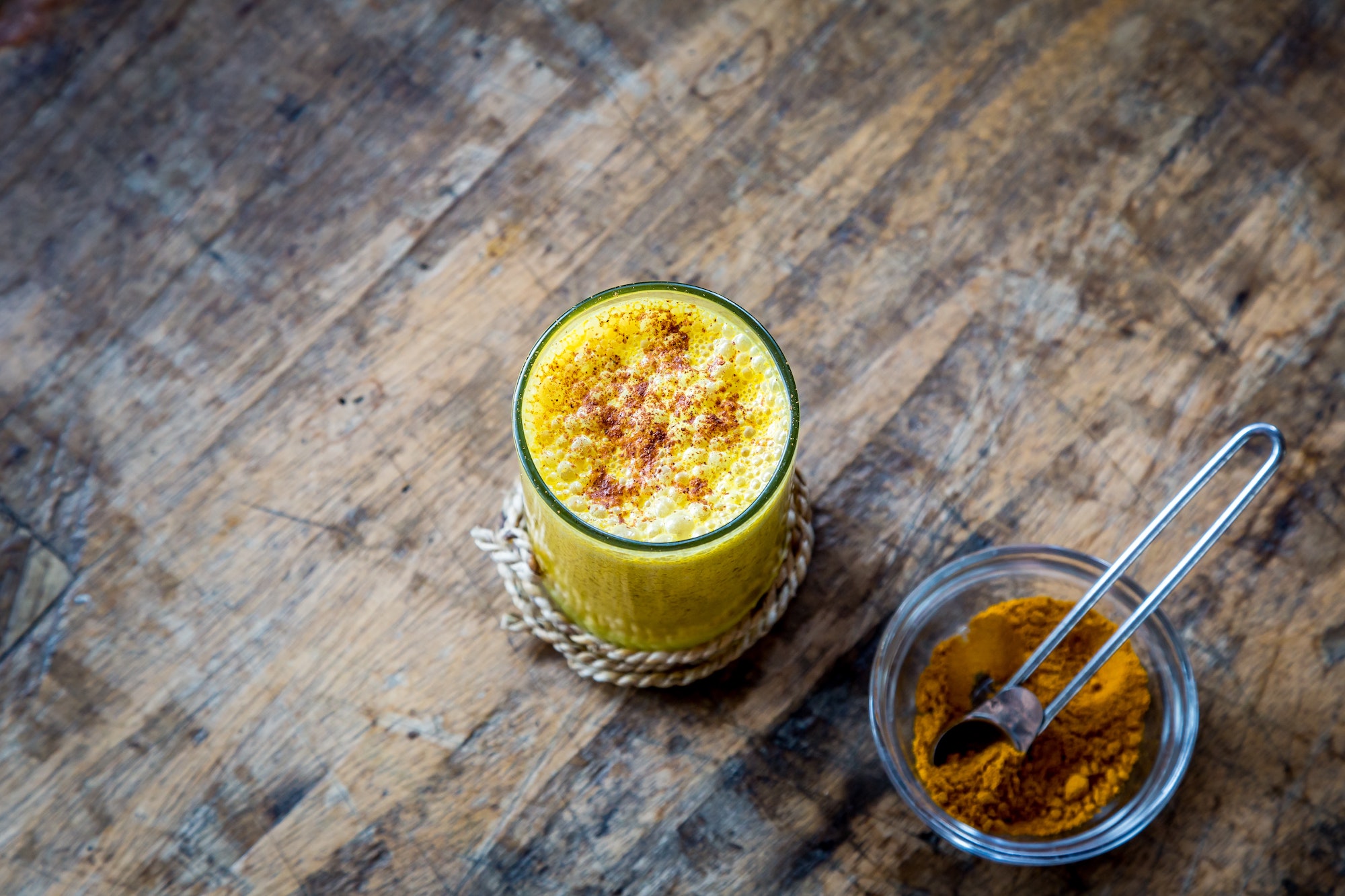 If pressed for time, consider Wild Golden Milk as an option to speed up the recipe.

Variations of the recipe: Turmeric Latte and Indian Chai

Turmeric Latte: Turmeric lattes are a modern take on the traditional Golden Milk recipe. It’s similar to Golden Milk in that turmeric is the main ingredient, but it is served with steamed milk rather than rice.

The Indian Chai recipe is more like a traditional tea. It is made with black tea leaves, milk, and a blend of spices, including turmeric, cinnamon, cardamom, and ginger. It’s a bit more complex and has a more pungent taste than Golden Milk.

Golden Milk is a traditional beverage that has been brewed for centuries. For the best results, you can use organic turmeric, coconut milk or cream, cardamom, cinnamon, and a pinch of black pepper.

You can also make a turmeric latte or an Indian chai with minor variations to the traditional Golden Milk recipe.

You can enjoy Golden Milk in various ways, including as a warm beverage, added to already-prepared meals, or as a face mask.